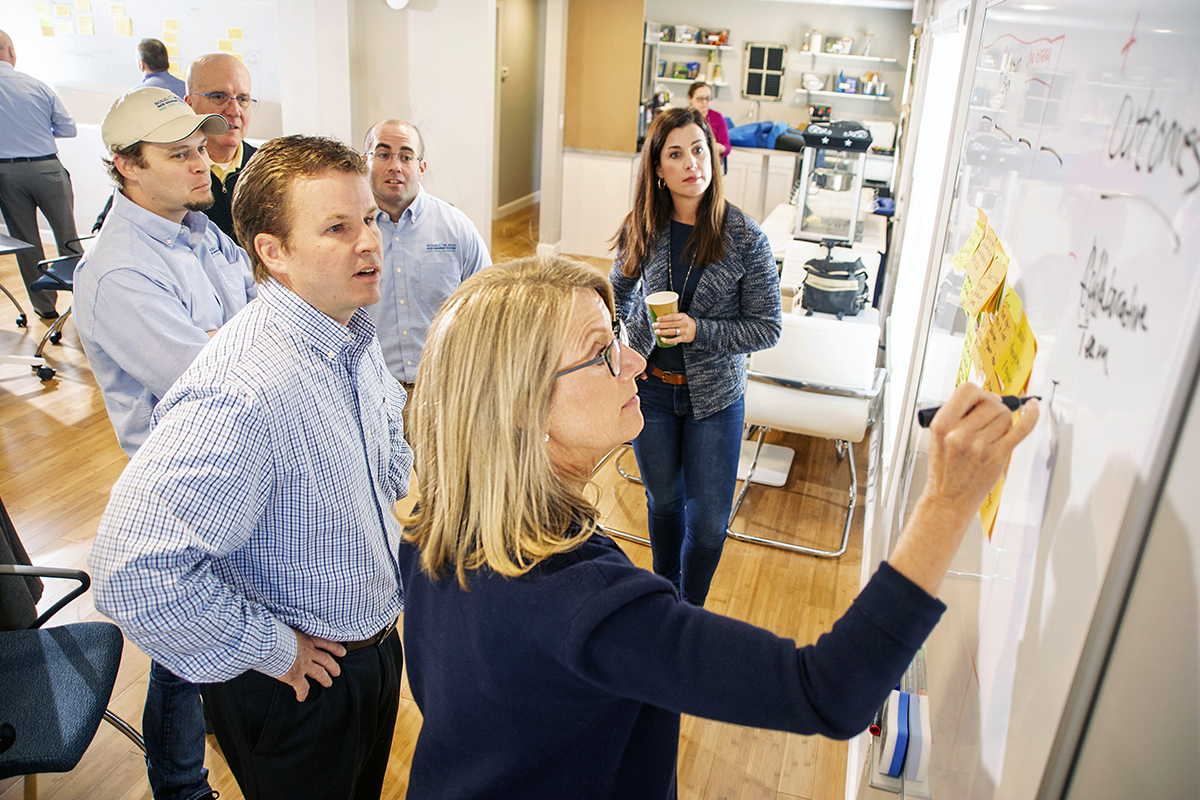 We help individuals, teams and leaders explore what they really want, discover opportunities and do the work required to face reality, change their mindset, set goals, be accountable and adopt new behaviors that lead to lasting change.

Ultimately, Real Change Business Coaching helps people become their best in the workplace and in life.

All coaches at Real Change Business Coaching are certified professional coaches by the Institute for Professional Excellence in Coaching (iPEC) and/or by the International Coach Federation (ICF) as either:

iPEC Certified coaches are intuitively trained to engage people, helping them become more productive, happier and fulfilled in their careers and lives.

ICF Credential-holders are part of a self-regulating group of elite coaches who provide accountability to clients and the coaching profession as a whole.

They pursue and complete rigorous education and practice requirements that provide unquestioned legitimacy to their commitment to excellence in coaching. 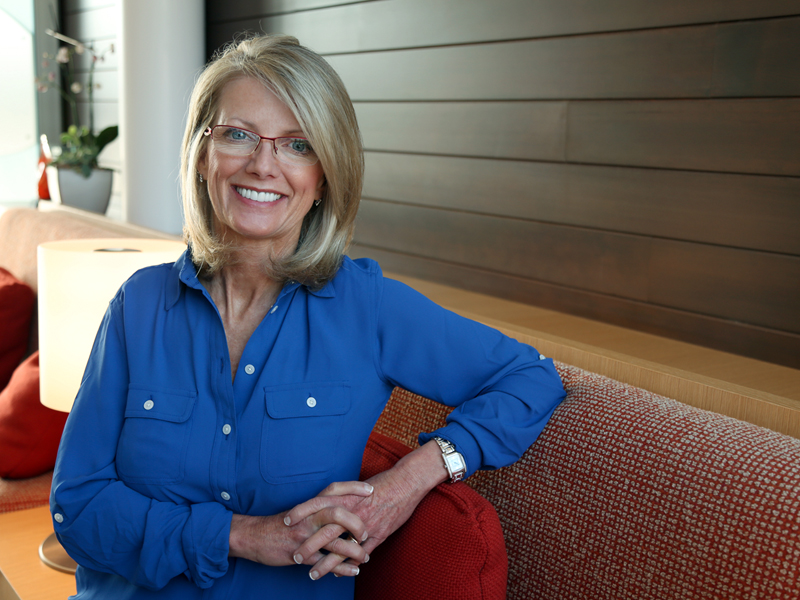 Lois Elrich knows firsthand that coaching will change your life.
“Before I discovered coaching, I didn’t realize my own way of thinking was flawed,” she says. “My internal dialogue was not serving me well.”

So Lois decided to do some serious work on herself. Working with a coach, she took a close look at her own behaviors. She was honest. And she began to address her own situation.

Soon, she began making progress. And over time, she changed her life.

“Our behaviors often make sense to us, but to people on the outside, they often make no sense at all,” Lois says. “All of us need someone to help us think through what we’re going through so we can discover what’s getting in the way of real change.”

Today, Lois is a Professional Certified Coach (PCC) and president at Real Change Business Coaching, LLC in Dayton, Ohio, which she owns and operates. In her first three years as a coach, Lois has helped hundreds of people overcome obstacles that get in the way of growth so they can make real change at work and in life. Lois, a thoughtful listener who asks the right questions to get to the heart of an issue, approaches every client with energy and kindness.

Lois applies her coaching skills every day in her role as president and co-owner of Solid Blend Technologies, Inc., also based in Dayton. Solid Blend provides water management solutions for healthcare and other facilities with a focus on Legionella detection, remediation, control and outbreak response. Lois created and now manages Solid Blend’s Ideal Culture Program for building a healthier culture at work.

Before becoming a coach, Lois served as a vice president at Solid Blend Technologies for 18 years and in business development for Miami County Dairy Stores for eight years.

She’s happiest when spending time with her husband, Ken; their three sons and daughters-in-law; and their grandchildren. A member of Rotary Club of Dayton, Lois also enjoys reading and working out at the gym. 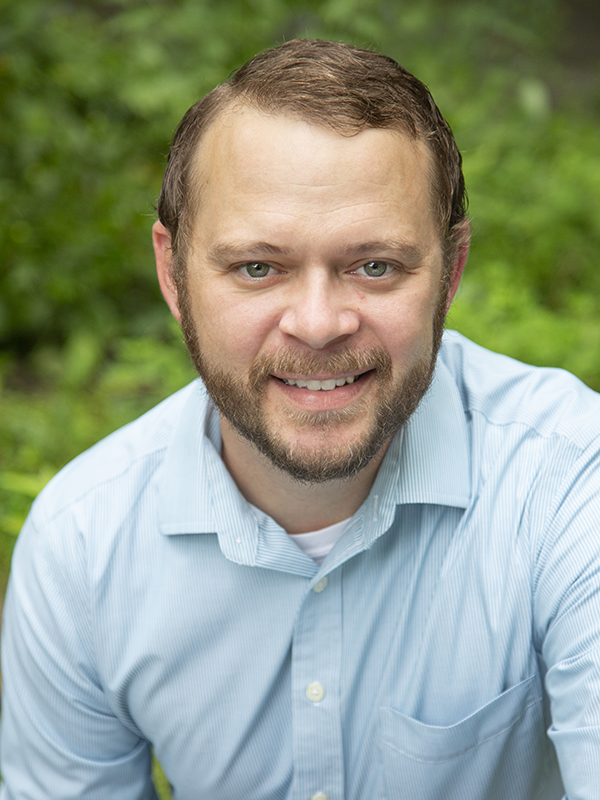 Steve Elrich will never forget the path he walked to discover his purpose in life.

It was no easy road.

He jumped in and out of college in three different cities; toyed around with majors from music to engineering; and took eight long years to earn an associate’s degree.

He landed a job in forestry management – work he enjoyed that came naturally to him.

At first it was a peaceful life, with much satisfaction and little stress. But soon the truth became clear: Steve was jogging in place with nowhere to go.

Money was tight; his school loans were due; and with his salary, Steve could never support a family. So he made his way home and got a fresh start as a water technologist at his parents’ firm.

The job was a steppingstone to the future. So Steve worked long and hard – 10- and 12-hour days – rising quickly through the ranks in service, sales and management.

He soon became stable financially. But the workload was heavy, the pace was fast, and the pressure was high. Steve felt stressed – frustrated and unfulfilled – always in demand and every day on call.

“I was feeling the burden of my career and my work,” he says. “I was overwhelmed and breaking down.”

His life took a toll on himself, his wife and his children. So he reached out to a high school friend – a military veteran with PTSD who’d learned in a group how to process and manage his emotions.

This guy was happy. And he was living life on purpose.

To Steve, that day was the first day of the rest of his life.

He soon found a group of his own. Attended their meetings. Made some new friends. Went on a retreat. And discovered the power of coaching.

“I began thinking about things from a new perspective,” he says. “Once my eyes were opened, I realized how different of a life you can live.”

Today, Steve is a Certified Professional Coach (CPC) at Real Change Business Coaching, LLC in Dayton, Ohio. He works with executives to help them learn who they are, what they want and where they want to go.

“I help leaders manage emotions and stress in a more productive way to move their careers and their lives forward,” he says.

Steve is now doing what he loves. And he’s making a difference.

“So many people just keep grinding it out,” he says. “They don’t know what to do. I want to help people through that journey.”

“Lois listened intently to what was being said as well as the greater meaning of my words. She connected the dots extremely well and offered great insights at the appropriate times. My work and life are more organized now thanks to the coaching with Lois.”

“Lois has helped me build skills to see myself more clearly. I now understand my strengths and where I need to grow. I can count on Lois to be honest and fair about how I’m doing and what’s supporting my intentions to reach my career goals.”